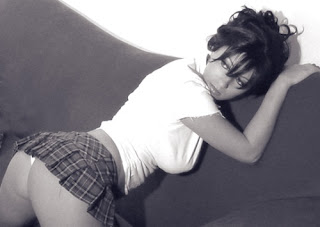 This deep fried oyster mix dipped in fresh Ivars Clam Chowder, washed down with a Redhook Jams session comprises of

Tear Down The Wall

As I was going over e mails etc. I received this news link and being a Floyd/Waters Freak Fan I checked it out and found quite an interesting interview hope you enjoy
and looking for some hot Latin Jamz check out Radio Chango, especially for those are devotee's of Manu Chao.
Posted by Splinkster at 9:31 AM No comments:

And my Lunchtime Listen Out Of Time Man-Mano Negra 2005 version since I woke up late and was a 1/2 hour late for work, so my whole day was thrown off and as I write this my evening seems to be loosing time as well perhaps in sleep I shall " catch up"
Posted by Splinkster at 7:24 PM No comments:

In order to separate my rants and random thoughts from music I decided I should create a home just for music and for Radio Clandestino. With all the music activity taking place this year and it is only Feburary, The Church released another limited acoustic dis, doing some tour show and playing around with some "new songs" GNR getting ready to finally release the most expensive record Never Released, Deadbolt heading into the studios, rumor has it my man Manu is also laying down some tracks besides continuing to his production skills for other musical artists, REVCO releasing a remix of Cocked & Loaded . And IS IT TRUE???Chris Isaak and Silvertone have a "surprise" for us this year? Ah Yes nothing better than some good music, strong women, and fast beer, or is it fast women and strong beer, and music good?
Posted by Splinkster at 6:19 PM No comments: